Land of Creatures Game: You know the goblins, those monstrous creatures coming from the European folklore. Well this kind of a creature described with various and conflicting abilities, temperaments and looks in many different stories, will be the main character in the following game. Again it is small and malicious, greedy for gold and jewelry but it has a new story about him. 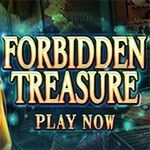