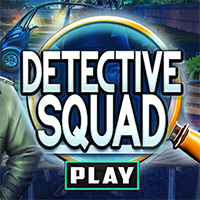 Detective Squad Game: The two detectives, Sarah and Andrew, with the team of detectives from their station, start working on a new case. They are an experienced team of detectives that has solved so many cases so far. They know their job really well, so the following case shouldn’t cause them trouble. Something has happened in their city. The police officers, together with the detectives, are at the place of the crime scene. Namely, the detectives, led by Sarah and Andrew, will explore a criminal case that includes a robbery and a murder that happened in the center of the city, late at night.

Since it was that late, there weren’t any witnesses to what happened that night. That’s why the detectives need to be very careful. And find enough evidence that will lead them to something important that will help them solve the case. The case is complicated because they will have to work on two crimes, done parallel, which means a lot of attention and dedication. Let’s see if we can help Sarah, Andrew, and the team of detectives finish their job as soon as possible. You can play Detective Squad game on all devices. So enjoy and have fun.

Also make sure to check Forensic Squad Game, you may enjoy playing it. 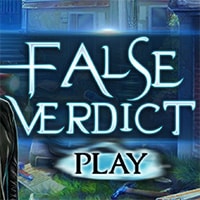