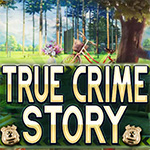 True Crime Story Game: Kidnappings of young girls are something that happens very often, unfortunately. The numbers are huge and the police definitely likes to put an end of this. But there are so many factors that make those cases very complicated. Sometimes it is about trade with humans or even murders. But in every case, it’s a huge tragedy for those innocent girls… In True Crime Story Game: Victoria and Peter are two detectives who work on revealing the case about kidnapping of young girls that becomes more and more often in the last few months. The police are doing their best to find out a suspect, before another girl disappears. However, there are also certain doubts about one famous painter.

He doesn’t have a criminal record but there is something that makes him suspicious. Namely, it seems that he has some connection with the kidnapping because few of his portraits seem very similar to those girls who have been kidnapped. The painter, whose name Nathan, negates this coincidence but Victoria and Peter have decided to search his home in details. They like to eliminate every suspicion that he might be the kidnapper. You can play this game on all devices. So enjoy and have fun in playing True Crime Story Game.