Justice for All Game

Justice for All. Working in the police is rather challenging job. Just imagine how many strange calls are received by the police officers, informing them about even more strange happenings. Sometimes it could be about an accident but many times it is about real crimes, about real criminal acts, planned and done by really dangerous people.

Norma is a police officer and during her career she has seen a lot! This night she is working on a very strange case as well. In this case it seems that everything is clear but many times things are not as they seem… Namely, there has been an accident in the house of Mister Paul. His wife has been urgently transferred to the hospital because she has felt down from the balcony on the second floor. This could pass as a simple accident but someone has called the police the same night. It was a certain witness that stated that he actually saw Paul and his wife having a huge fight. According to the witness, that fight was the reason for the terrible accident. Why should someone lie about this kind of a situation? Is he telling the truth or he likes to set something to Mister Paul? We will find out very soon but you will have to collaborate in the case and help justice to be served.

Norma is at the place of the crime scene, looking for some evidences that will help her reveal the truth that is hidden in this strange case. Let’s help her solve this case sooner.

Justice for All is a free online hidden clues game on Hidden4Fun.

Play Justice for All Game 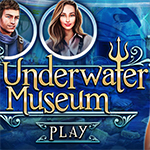