Forgotten Crime Game: Unfortunately, there is no solution for some criminal cases, including murders. It is probably hardest for the friends and the family of the victim, to live knowing that the murder of their beloved person is still walking around free. While they’ve lost something very important and valuable in their lives. But some people say that sooner or later, the justice will come… The detective Donald arrives in the small village named Worcester. Five years ago, there was a murder in this village, a murder that is not solved yes. So the people who live in that village live in fear, knowing that the killer is still walking free.

In Forgotten Crime Game: Namely, five years ago, mister Michele was found dead in his house, located at the end of the village. The case was treated as a murder but the police didn’t manage to find who was the killer. The detective Donald actually comes from this village and he really likes to solve the case. So the people who live there, will finally feel free, without any threat that the killer is out there, watching them. You can play this game on all devices. So enjoy and have fun in playing Forgotten Crime Game.

Also make sure to check out Into the Murderer’s Nest Game, you may enjoy playing it. 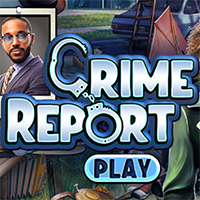