False Verdict Game: Detectives and police officers have a unique aim when they work on a case – to solve that case. But sometimes, one plus one is not two in their field of interest. They collect pieces of evidence, interrogate suspects and witnesses, search the places of a crime scene, and so on. But still, they might be dissatisfied with the final result. Namely, they are aware that sometimes the truth lies beneath the obvious, and it is better to hear your gut in those situations.

In False Verdict Game: The two detectives, Ruth and Douglas, and their colleagues, open the case about the murder of the famous journalist Henry. This case is closed. There was a trial, and it resulted in a judgment. But the detectives are not satisfied with the decision of the judges. They are almost sure that there were some false pieces of evidence used in this case. They like to bring out the truth, so they can put the real killer behind the bars. Let’s check out this case with the detectives and try to find the truth behind this case. You can play False Verdict game on all devices. So enjoy and have fun.

Also make sure to check False Truth Game, you may enjoy playing it. 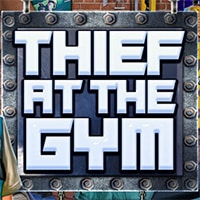 Thief at the Gym